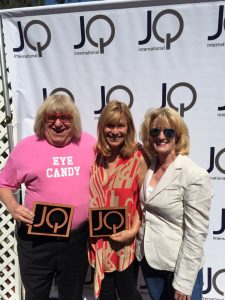 Bruce Vilanch is an American comedy writer, songwriter, and actor. He is a six-time Emmy Award-winner. Vilanch is best known to the public for his four-year stint on Hollywood Squares, as a celebrity participant; behind the scenes, he was head writer for the show working alongside Whoopi Goldberg.

Vilanch played Edna Turnblad in the Broadway production and on the national tour of the Broadway smash hit, Hairspray.

GET BRUCE, a documentary released in 1999, is a tribute to Bruce Vilanch, who writes material for celebrities who make public appearances, from Oscar hosts and award recipients to Presidents. He is known to be an able provider of topical joke material for personalities such as Billy Crystal, Cher, and Bette Midler, to name a few.
You are invited to be in the Zoom studio audience and watch it live…where anything can happen!

$10 or free for Women On The Net Members

Not a member? Join Here and get unlimited access.