Meet the Women On The Net Team 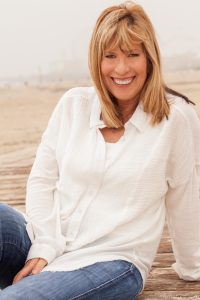 Andrea is an award-winning creator of film, television programming, and live productions. As founder and president of StandOut Productions, she has produced and directed over 30 films and television specials, which have aired on Showtime, Logo, Netflix, and several Canadian networks.

In 2002, Andrea produced and directed her first film, the award-winning documentary LAUGHING MATTERS. The success of the critically acclaimed film spawned three award-winning sequels. The importance of giving a voice to the LGBTQ community, as well as sharing and preserving its rich culture and history, continues to inspire Andrea. To date, she has completed nine feature documentaries about LTBTQ people and/or events.

Andrea is also a prolific producer of live comedy shows and concerts. Since founding StandOut Productions in 1997, she has staged live events featuring some of the country’s best-known entertainers, including Wanda Sykes, Indigo Girls, k.d. lang, Joan Armatrading, and Brandi Carlile. She also produced and hosted 40 episodes of her vlog, All Access Pass: Up Close & Personal with Women in the Biz, which was featured on AfterEllen.com.

Andrea has been recognized both within and outside the LGBTQ community for her community work and activism. Among other awards, she was the first openly gay recipient of YWCA’s “Women of Achievement Award” in Arts & Entertainment, the Human Rights Campaign’s “Local Hero Award,” and the Los Ángeles LGBTQ Center’s L.A.C.E. (Lesbians Active in Community Empowerment) Award. In June 2019, the Hollywood Women’s Film Festival honored her with the “Dorothy Arzner Award” for LGBTQ Impact in Film. This year Andrea received the “Visionary of the Year” Award from the L-Fund and was selected to be a “2020 Pride Month Honoree” from the Californian Legislative LGBTQ Caucus.

The catalyst for Andrea’s body of work actually began in 1995 when she founded Women On A Roll. Her grassroots bicycle club has since evolved into one of the country’s largest social organizations for lesbians. Now in its 25th year, the organization focuses on worldwide luxury travel and still offers unique social and cultural opportunities for women.

When sheltering in place became a new way of life, Andrea immediately created Women On The Net. Her first email announcement was sent on March 18 with this message from Andrea “More than ever we need community. We need to connect. And we need to laugh! It is with great joy, I announce Women On The Net: a place to socialize in solidarity!” Andrea now spends her time curating events, booking talent, and hosting online gatherings designed to provide entertainment and create opportunities to socialize with women from all over the world!

Simultaneously, Andrea is currently in post production with her new documentary, “Defining Jessica,” slated to be released later this year. While sheltering in place, she is planning exciting world travel adventures for Women On A Roll for when it is safe to resume travel!

Born in Cincinnati, Ohio, Kim has been co-hosting Women On The Net since its’ launch in March. Kim has had a long career in theater producing, production management and stage management. In addition to producing theatrical productions, she helped manage the production transfer of direct-from-Broadway shows to Los Angeles with original casts. She has production managed theatrical offerings with Eve Ensler, Al Pacino, Showtime, The Emmys, Liza Minnelli, stand up specials and special events. Kim’s stage management credits include Blue Man Group-Chicago, Mark Taper Forum, Geffen Playhouse, Celebration Theater and Deaf West Theater.

Some of Kim’s most treasured experiences have come from her non-profit work: supervising the 200+ volunteer crew for the HighBall costume couture festival with over 25,000 over-the-top partygoers and a Andy Warhol style Factory happening for Project Angel Food. Kim is a founding member of Stonewall Young Democrats and won the Truman Award for her volunteer efforts attempting to defeat Prop 8.

Kim likes to throw a party. Her best-loved parties have included taking 300 people out on the town in Dublin, Ireland (while helping produce a computer software conference at Aviva Stadium) and a private party for 500 people at the Indianapolis Motor Speedway that included race car ride-alongs.

Since moving to Northern New Jersey to accommodate the needs of her growing family, Kim has pivoted her day hustle and become an award-winning seller of real estate in Northern New Jersey with an eye on the Rehoboth Beach/Lewes, Delaware area. She takes care of her clients like they are family and makes sure everyone has fun during the process. A proud stepmom, wife and always an artist, Kim looks forward to connecting with all of the amazing women on Women On The Net. 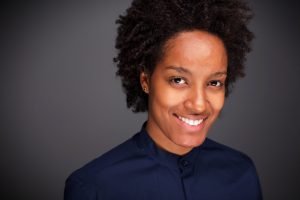 Originally from the Nation’s Capital, Ebony now resides in Los Angeles where for the last six years she has not only performed in major cities, from Los Angeles to New York, she also produces the all-queer LezBHonest Comedy show. Under her production company, LikeDat Productions, Ebony created the LezBHonest brand to feature lesbians of color, primarily African American. Showcasing the talent, stories and perspectives of lesbian stand-up comedians. Ebony also uses this show as a platform to provide exposure to queer designers and clothing brands.

LikeDat creates a cycle of support that goes beyond comedy. As a company, LikeDat Productions
provide a safe space for underrepresented comedians and artists to perform and showcase their talents. LikeDat Productions creates events, curates experience, and builds community by providing entertainment to our family and our dearest allies. LikeDat Productions is proud to be a vessel for bringing our communities together.

Ebony also served on the Women On A Roll Advisory Board for the past five years. 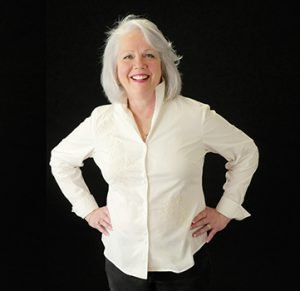 Vickie will be joining us frequently as a comedian, a chef, and game show host, Vik Van Dyke on the Virtual Squares Game Show!

Vickie Shaw’s beautiful Southern Style belies her sharp edged wit and hilarity. She says things no one else can say because she says them so nice! Audiences love her humor, not just because she’s funny but because it’s all true. From her stories about her partner Sgt. Patch, tales about her kids and grandchildren, and life in Texas with it’s ups and downs.

Vickie Has been featured on various television shows, Comedy Central’s “Premium Blend”, Comics Unleashed with Byron Allen, WE TV, Wisecracks Specials on LOGO as well as 2 other comedy specials on LOGO-“You Can’t Take the Girl Out of Texas” and “Vickie Shaw Live – Sick and Wrong Tour”. She has started in the Award Winning Movie, “Laughing Matters More”. She also just released her 3rd DVD, “I’m Not Your Role Model”.

She has been performing all over the US, Cruises, Resorts, Comedy Clubs, Colleges, Corporate and Political fundraisers, Churches fundraisers, Yes Churches! And just about everywhere else. This is a comedian you don’t want to miss! 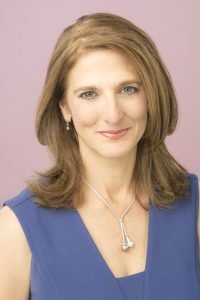 Jill Schlesinger, CFP®, is the Emmy-nominated and Gracie Award Winning Business Analyst for CBS News, where she translates complicated business and economic news into understandable, relatable topics for everyday viewers and listeners. She covers the economy, markets, investing and anything else with a dollar sign on TV, on the “Jill on Money” podcast, radio (including her nationally syndicated show, “Jill on Money”, which won the 2018 Gracie Awardfor Best National Talk Show), the web and her blog, “Jill on Money.” Jill also won a 2018 Personal Finance Reporting Award from the Radio Television Digital News Association (RTDNA)/National Endowment for Financial Education (NEFE).

Prior to her second career at CBS, Jill spent 14 years as the co-owner and Chief Investment Officer for an independent investment advisory firm. She began her career as a self-employed options trader on the Commodities Exchange of New York, following her graduation from Brown University. Jill’s first book, The Dumb Things Smart People Do With Their Money, was published in February 2019 by Ballantine Books.

My name is Ashley Shine, I am a Coach, I am a friend, I am in constant search of being a better person and making the world a better place. I Coach, I create plans that help guide and support people in the directions they want to go. I am a student. I am a student at Colorado State University in hopes of getting a degree to help fight the social injustices in the world. I am also a student of life and all that comes with that. There is a lesson to be learned through every single interaction. I never want to stop being a student, I don’t ever want to be an “expert” I want to have the mindset to learn as much and teach as much as I can from a genuine and present place. My core purpose is to make the world a better, more compassionate, and more empathetic place for everyone. I have been a strength and conditioning coach for about four years, I focus on individual design and programming as I believe it is the best and most sustainable way to train. In our workout we will start with a 15-minute warm-up then workout for 25 to 30 minutes. It will be body weight movements and modifications will be given at every class. I am excited to work with you all. 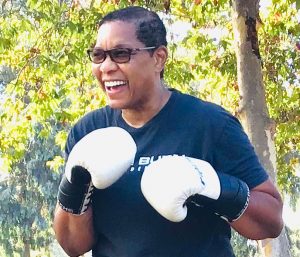 MEET YOUR BOXING COACH
Lydia Strong is a certified boxing trainer who has over 36 years of experience teaching and coaching students and athletes of all ages and abilities.  Coach Strong is a Kinesiology Instructor at Santa Monica College where she started and developed the Boxing for Fitness program.   She is also the Head Women’s Basketball Coach at Santa Monica College.

Coach Strong specializes in live group boxing training, but has now moved into the online and virtual training world due to the pandemic.   Her favorite part of coaching is seeing people make progress towards their fitness goals.   She is passionate and enthusiastic about all forms of exercise and training, but has a deep love for boxing.   “The first time I put on a pair of gloves years ago I absolutely fell in love and wanted to learn as much as possible about boxing so I could become the most effective and proficient teacher possible.   I’ve been involved with sports and training for years, but working with others on improving their overall strength and fitness through boxing has been a great experience that really makes me happy!”

“Boxing is an amazing fitness modality for those who want to be challenged in a different way.   In each of my sessions I tailor each workout to the needs of the client.  Each training session covers boxing fundamentals like the mechanics of each punch, the boxing numbering system and the footwork that goes with each punch we work on.  My goal is to make my boxing workouts educational, challenging and fun!   I am excited to share my love of boxing with all of you and can’t wait to get started! 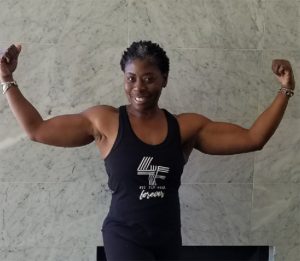 Zakiya is an educator, wellness consultant, coach and founder of 4F-FitFlyFreeForever, a wellness community for women. She helps women navigate their wellness journey by designing programs that focus on nutrition, physical, emotional, financial, and sexual/womb fitness/wellness. Zakiya  works with clients who are searching for ways to either prevent or combat hypertension, high cholesterol, diabetes, obesity, eating disorders, depression, and anxiety.

Zakiya believes that wellness is a life-long journey and not a sprint. She advises her clients on healthy eating via meal planning, prepping, grocery shopping, and cooking with her “Let’s go Shopping” field trips. In addition, she leads group movement classes, fitness challenges, and wellness workshops.

Zakiya is committed to helping women navigate their wellness journey and encourages the Goddess in them to be “FitFlyFreeForever!” 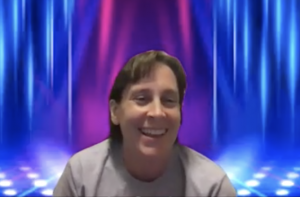 Karaoke Kelli fell in love with karaoke in 1990 and hasn’t stopped singing to bad instrumental covers ever since. She was a regular in karaoke bars in Cleveland, Ohio, before moving to Southern California in 2004. When the quarantine hit, she moved her love of karaoke online and couldn’t say yes fast enough when Andrea asked her to host Women on the Net Karaoke Nights. She currently has no plans to quit her day job protecting a local college from utter mayhem.